Terrifying predictions for 2022 – Baba Vanga and Nostradamus tell all

Vangelia Gushterov (1911-1996), better known as 'Baba Vanga' ('Grandmother Vanga') and 'Nostradamus of the Balkans', was a Bulgarian seer and healer known for predicting history-making events and foretelling the future until 5079.

Unpredictability is part of what makes life exciting, but isn’t it also fascinating to speculate about what might happen in the near future? In the twenty-first century, a global epidemic has put the world to a halt. And, given the current situation of the world, uncertainty is an unavoidable part of our mental state. This has left us pondering what awaits us in the year 2022, which is just about to start.

Baba Vanga’s fame was mainly confined to Eastern Europe, although over time, her accuracy made her name known throughout the world. Among her best-known (alleged) predictions are: the 11 September 2001 attacks on the Twin Towers in New York; the Chernobyl nuclear accident; the death of Princess Diana; the 2004 tsunami in Asia; and the UK’s exit from the European Union.

For the year 2022, the situation, according to Baba, is not very encouraging. Among the prophetess’s forecasted events is a new pandemic, this time discovered by scientists in Siberia where a frozen virus will be released by climate change.

In December 2021, scientists revealed they had found alarming cracks in a huge glacier in Antarctica, and the World Health Organisation deployed a rapid response task force to South Sudan to investigate a mysterious illness that has left at least 89 people dead, so again, Baba could be right.

However, it’s good to remember that not every virus is as good at infecting people as Covid-19 is.

Her visions also include a serious water crisis, with drinking water shortages in several cities around the world. Rising pollution in rivers will leave many cities facing water shortages, which will lead to political consequences as alternatives are found.

The prophet also predicted that river pollution would increase and a tsunami would devastate Asia and Australia.

Vanga, who previously had forecasted the 2004 tsunami, has predicted that several Asian countries, along with Australia, will be struck by intense bouts of floods. The earthquake in the Indian Ocean will be followed by a major tsunami that will engulf coastal areas of countries of the world, including Australia, New Zealand, Indonesia, India.

An increase in catastrophes

Baba has apparently predicted several Asian countries, along with Australia, will be struck by floods.

Given the Bureau of Meteorology has declared the return of La Nina conditions, which increase the possibility of tropical cyclones and flooding in Australia, it seems Baba may be right.

It’s the second La Nina year in a row for Australia and these back-to-back weather events can pack an even bigger punch, meteorologists have warned, with Cyclone Yasi and the Brisbane floods of 2011 both occurring during a period with a repeat La Nina.

People in India will be hoping Baba is not accurate as she predicts temperatures will reach 50C, with locusts attacking crops and farms, leading to a great famine.

For her, people will spend more time glued to the screens of mobile devices and computers, confusing reality and the virtual world. That is already almost the case so what developments in technology will drag users in further?

Let’s Not Forget The Alien Invasion 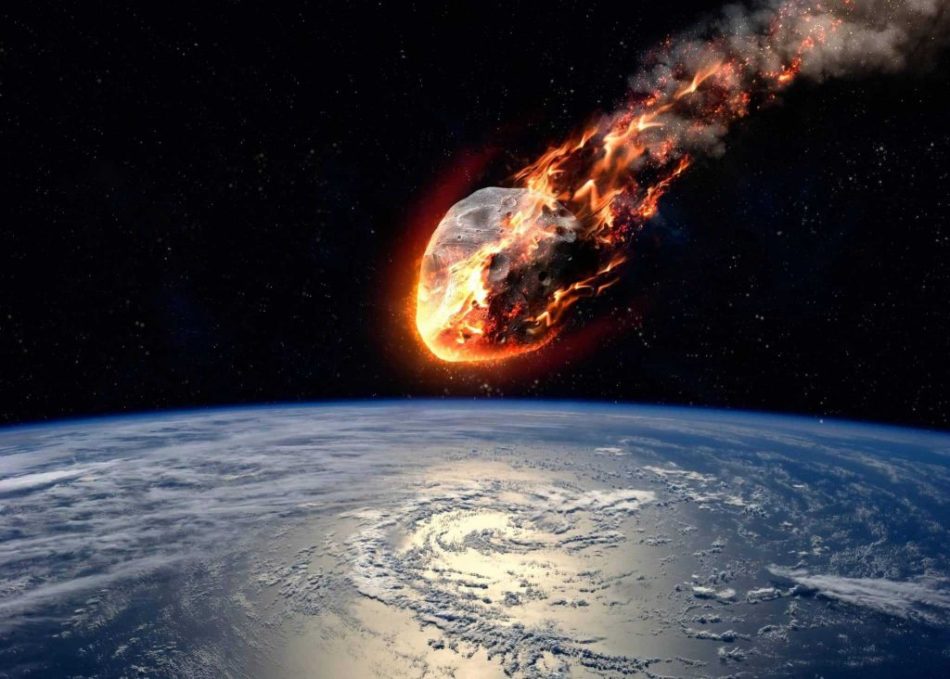 Among the list of more exotic premonitions, Baba Vanga even foresees an alien invasion. According to her, an asteroid sent by aliens will attack planet Earth in 2027.

In 2021, Baba Vanga predicted significant seismic and volcanic activity, as well as floods and storms. According to international media, the seer is 85% accurate in her predictions.

And what does Nostradamus say? 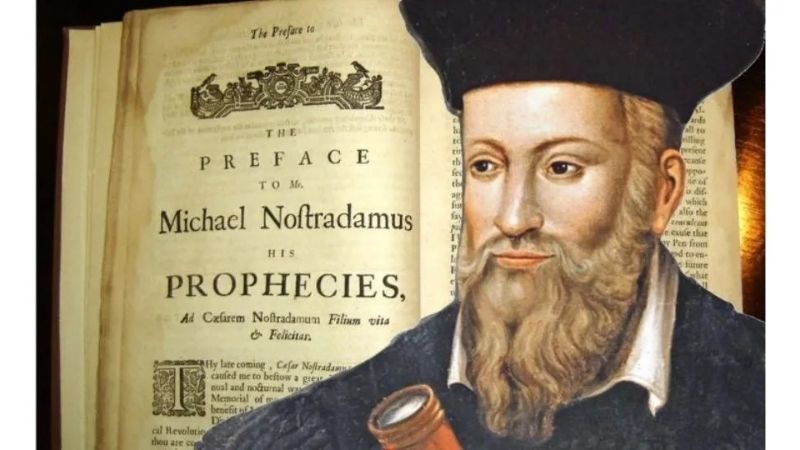 Also known for his predictions, Nostradamus comes from way back in the 16th century and wrote 6338 prophecies, even suggesting when, where and how the world will end.

Nostradamus has some weighty predictions for 2022. According to prophecy interpreters, Nostradamus may have predicted the death of a dictator they believe to be North Korea’s Kim-Jong Un. 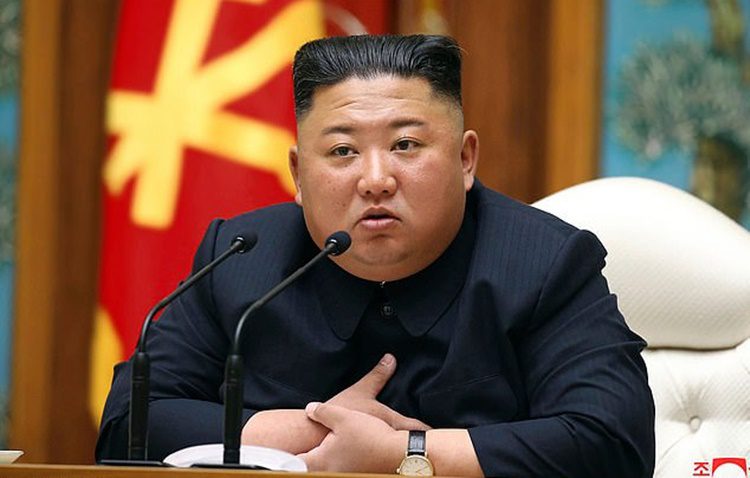 Yet another prediction is that a major earthquake will hit Japan in 2022.

There are serious concerns over a possible global war in the coming year – and one possible cause could be the ongoing tensions between China and Taiwan.

The incursions from nuclear-capable Chinese warplanes have ratcheted-up tensions over the tiny US-backed island.

Relations between the two nations are at their worst in 40 years, Taiwan’s defense minister said at the end of last year.

Western allies of Taiwan have expressed their concern at China’s open display of military might and it is widely feared any form of armed confrontation could quickly escalate into a global conflict.

According to some interpretations of the prophecies for 2022, one of them directly concerns Paris. The French capital would be under siege, suggesting a war in Europe.

Meanwhile, Russia has reportedly approved plans for “urgent mass graves” amid fears war could break out after an invasion of Ukraine.

Russian outlet MK says that the burial sites were constructed as a priority after they allegedly appeared on leaked legal documents that are expected to come into force on February 1.

If that wasn’t bad enough, Nostradamus believed this would be a year involving war.

Nostradamus has some worrying 2022 predictions

Michel de Nostradame, as he was known at the time, published his infamous book Les Prophéties back in 1555 featuring 942 forecasts.

While it’s tricky to pin down exact dates with Nostradamus’ predictions, as they are based on astrological movements rather than the calendar, the prediction of war reaching Europe is one that can be narrowed down to perhaps being due in 2022.

Nostradamus also foresaw that wars and armed conflicts in the world will be an amplifier of hunger, increasing migratory flows.

According to experts, it is also predicted that this year, seven times as many migrants will arrive on Europe’s beaches.

Migrants and refugees streaming into Europe from Africa, the Middle East, and South Asia have presented European leaders and policymakers with their greatest challenge since the debt crisis. The International Organization for Migration calls Europe the most dangerous destination for irregular migration in the world, and the Mediterranean the world’s most dangerous border crossing.

In addition to forecasting inflation, Nos nods to the rise of cryptocurrency in the year ahead. As Yearly-Horoscope translated from the original French: “The copies of gold and silver inflated/Which after the theft were thrown into the lake/At the discovery that all is exhausted and dissipated by the debt/All scripts and bonds will be wiped out.”

While Nostradamus’ predictions tend to land more near the bank than on the money, gold is currently surging and a wave of Silicon Valley engineers and executives are leaving their high-level positions to join forces with crypto startups. Coincidence or prophecy confirmed? We wait with bitcoin and bated breath.

The collapse of the European Union

One of the points that have drawn attention to the prophecies of Nostradamus would be the prediction of the fall of the European Union, which has been plagued by problems since the UK voted for Brexit in 2016.

Some of Nostradamus’ predictions in the past were quite accurate (according to some interpretations): from the Great Fire of London to Adolf Hitler’s rise to power, the horrors of World War II, the French Revolution and even the creation of the atomic bomb.

Tell us what you think… 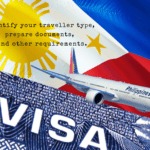 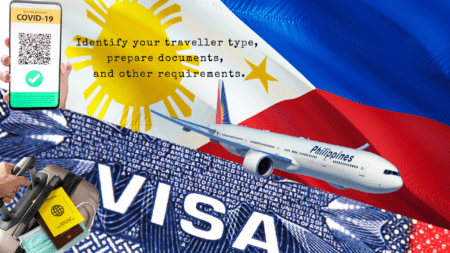 Myocarditis Explosion: Bigger risk to the heart than vaccination 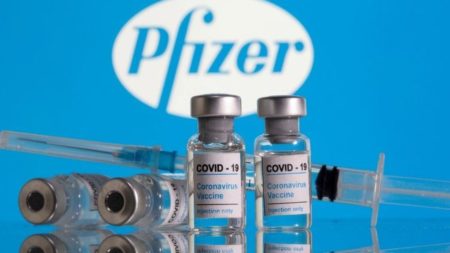