Tagaytay Tourists Spots to die for. Do you feel like melting in the next Manila heatwave or do you want to escape somewhere cool? Try visiting these Tagaytay Tourist spots to beat that summer heat: and take in some amazing scenery.

Summer in the Philippines sometimes never seems to end and with it comes the unbearable temperatures, humidity, and a scorching sun. For this reason, many escape the city and go to the provinces to feel a little breeze and fresh air. One of our favorite go-to places not too far from Manila is Tagaytay.

If you just want to relax or do some exploring, there are plenty of Tagaytay Tourist spots to keep you busy. Below we have put together the list of our favorite things to do in Tagaytay where you just want to recharge or if you are after a bit more adventure.

Please Help Us Add To This List Of Tagaytay Tourist Spots

Located near the famed Taal Vista Hotel, Sky Ranch is one of theTagaytay tourist spots you must make time to visit. Kids and kids at heart will enjoy the rides, good and family-friendly ambiance.

Yes, the park was almost deserted. There were still plenty of things to do and a beautiful view to take in as we waited till 3 pm. Close to 2 pm the park started to fill with people and really come alive.

The park is small and the majority of the rides (but not all) are catered for kids. This is a good place for families.  I loved the Zipline… I love how it makes you feel like you are flying. The entrance fee varies depending on the day of your visit, if it’s on a weekend it’s Php 100 for adults, the ticket is discounted for senior citizens and students. Click here to see more Sky Ranch Tagaytay

Peoples Park In The Sky

Located on top of Mt. Sungay, the highest peak in Cavite, People’s Park was part of a mansion commissioned by the former First Lady Imelda Marcos. In 1981 it was originally called the Palace in the Sky but with the downfall of Marcos in 1986, the mansion was left unfinished. It was then opened to the public as a park.

Every time I go to the park I am amazed at the panoramic view of Batangas, Laguna, Cavite, and even Metro Manila on a clear day. Try visiting the park after dark to see the lights of the Tagaytay City and SLEX.

On arrival, you can park in the parking area and walk to the gate, which is like a small castle. Once you have paid your entrance fee you can either walk to the top or pay around P5 and catch the Jeepney. The view definitely gets a 10 out of 10 but, sad to say, the park is not being maintained or cleaned up very well. It would be good if they could use some of that entrance money to renovate, clean up, and beautify the area. Doing this will surely attract more visitors and tourists. But still, with that said, People’s Park is still high on our list of Tagaytay Tourist Spots. Click here to see more Peoples Park Tagaytay

Similar to People’s Park, Picnic Grove has a view deck where visitors line up to take photos of the volcano and surrounding lake. With its cottages and hilly surroundings, this park ideal for picnickers as well as family gatherings. Picnic Grove also offers a lot of other exciting activities – horseback riding, cable car, Eco-trail, and zipline. This zip line offers three options for 3 different levels of thrill. Also, two people can zip tandem (together) to add to the fun. Click here to see more Picnic Grove Tagaytay

The park is small and the majority of the rides (but not all) are catered for kids. This is a good place for families.  I loved the Zipline… I love how it makes you feel like you are flying. The entrance fee varies depending on the day of your visit, if it’s on a weekend it’s Php 100 for adults, the ticket is discounted for senior citizens and students. Click here to see more Sky Ranch Tagaytay

Reputedly the world’s smallest active volcano, Taal volcano is sometimes described as “A crater within an island within a lake”. Being 406 meters high, Taal Volcano sits as an island in the middle of Taal Lake which is actually a large caldera that formed when a much-larger crater of an older volcano collapsed. Taal Volcano is considered as one of the world’s most active volcanoes having over 20 eruptions since 1572. If you catch a tricycle to Taal Lake you can usually negotiate a “full package deal” with the driver.

I love Sonya’s Garden…. If you like the country feel without the city stress.. take a look at this one. A great garden, restaurant, spa, and B&B. Definitely, a place to spend a few hours or a few days. One of my favorite Tagaytay Tourist Spots.

For the spiritually-minded, this is a great place for meditation and inner healing, Tierra de Maria is one of the famous Tagaytay tourist spots for its 50-foot tall statue of the Virgin of Manaoag. At the base of the Virgin, you will find a wishing well with candle holders. The place also has a shrine that houses a smaller replica of the virgin and offers a fish spa as service.

This museum showcases the works of the world-renowned glass artist Ramon Orlina, a skilled pioneer of glass sculpture. Museo Orlina also features other artists working in a variety of media aside from glass. For some light refreshments, the museum has a coffee shop on the roof deck.

Fantasy World was constructed by a Japanese businessman and aimed to be the first theme park in the Philippines exclusive to members and having residential condos inside the complex. Due to insufficient funds, construction stopped and the once lively castle has turned into a lonely one with its faded colors and empty halls.

With your entrance fee, you are free to roam the premises, have a picnic with your family and/or friends, or take a swim in their pool. If you want privacy, you got it here! Fantasy World is the mini replica of the castle built by King Ludwig II of Bavarian, Germany.

Combining the charm of a farm and a mini-zoo, visitors may interact with different animals like llamas, camels, miniature horses, ostriches, and an albino carabao in a backdrop of vegetable and flower gardens. Paradizoo is a nice place to visit if you enjoy nature and want to spend some quality time with your family.

A collection of restaurants and bars that have become the nightlife hub of Tagaytay City.  It also has a great view of Taal Lake and Volcano which add to its appeal. Most of the establishments found here are common in Manila but this does not take anything away from the charm. After all, a Mocha on the ridge seems to taste better than a Mocha in the urban jungle.

Just passed Picnic Grove is the well-maintained Japanese Friendship Garden. Built to evoke a value of freedom, peace, and international unity into the hearts and minds of people it is now a park where you can relax amid its finely manicured lawn, lush ornamental plants, and blooming flowers… 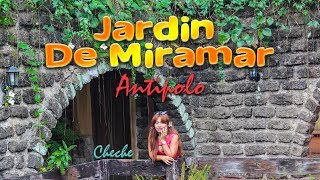 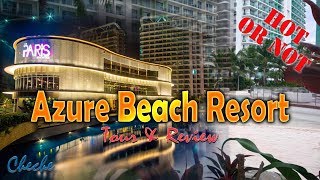 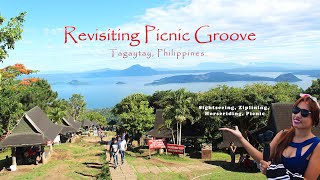 Check out our map showing all Tagaytay Tourist Spots

Welcome to my site. Hope you enjoy. My name is Cheche and I'm a proud Filipina. I love to travel and experience the world. I am into photography and Videography to mention but a few. Don't live to dream... Dream to LIVE! 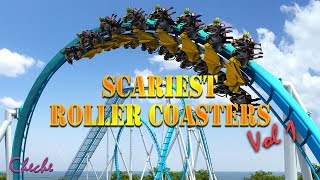 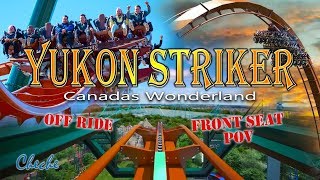